Tanya
I had a Bat Mitzvah when I was 22 year old. It was fun. My family and friends were there and we had 2 parties.

I had been thinking about having a bat mitzvah for a long time. My younger brothers had bar mitzvahs and I did not. I asked my Dad why I did not have one. He asked if I would like one and I said yes.

Tanya’s father
When Tanya was about 22 she asked me why her brothers had had bar mitzvahs and she had not. It was partly because she was a girl and in those days it was less common for girls. It was also because of her learning disabilities. It just never occurred to us that she should have one. Basically I did not have a good answer for her. I asked her if she wanted one and she said yes.

I arranged to go and see the Rabbi with Tanya. The Rabbi said he had never done a bar/bat mitzvah for a child with learning disabilities but he would try to help. I dropped Tanya off, asked her to wait in reception, and went to park the car. When I got back, Tanya was already in with the Rabbi. The administrator called through to say I had arrived and I was asked to wait. By the time I was allowed in, the Rabbi and Tanya had arranged a lot, including a date for the Bat Mitzvah!

Tanya
On the day of my Bat Mizvah I was nervous but very excited. I sat in the front row with my mother, father and brothers. I said the brachot (prayers) in Hebrew and the Ten Commandments in English. The Rabbi gave me a book because I did so well.

Tanya’s father
Tanya also read part of the Haftorah (weekly reading) from Isiah…..Tanya did really well. She had worked very hard on it. At the end Tanya read the BatMitzvah prayer.

Tanya
It took a lot of time to learn my Bat Mitzvah. I enjoyed the lessons but the teacher was a bit strict. I had lessons on my own. It was very hard to remember everything and I had to practice a lot.

Tanya’s father
Tanya had a teacher who worked with children with special needs. They had group lessons in Cheder when Tanya was younger and then she did 1:1 classes to prepare her for her bat mitzvah. I also practiced with her a lot – it was hard work but very worthwhile.

Tanya
We had a great party. My brothers and family came. My 2 friends from school came and sat next to me. It was fun. I made a speech to everyone. 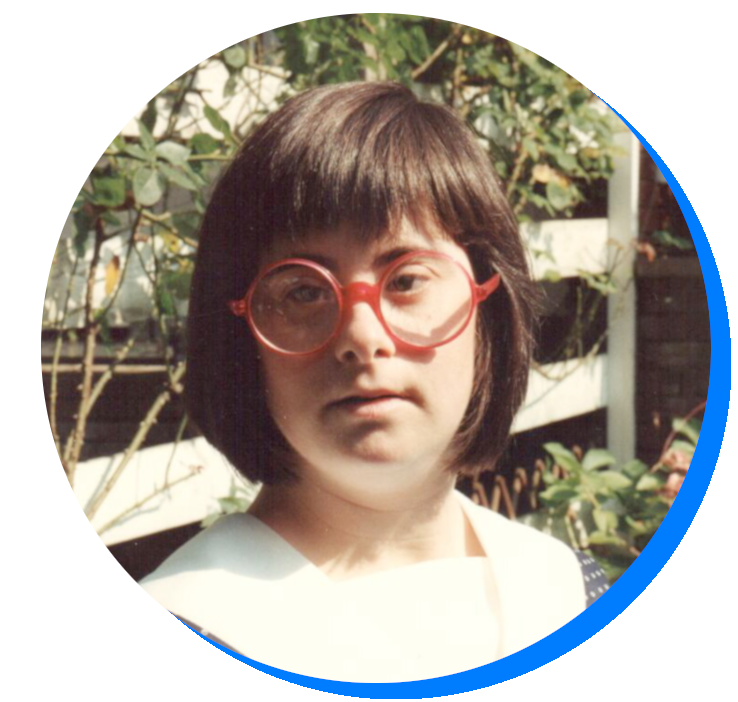